Investment is something that doesn't appeal to me, so I'm trying to figure it out effectively, so I don't have to think about it in the future.

I'm not a professional at this, and I don't like it either, so I can't give you any guarantees of anything. Take it as an introduction to the topic. And explore further yourself.

Any questions, contributions or corrections are welcome, there is a comments section at end or you can find me on twitter.

"Financial Independence, Retire Early" is a movement whose objective says: accumulate assets, until you can live on the passive income they generate or sell them slowly. The idea is to maximize savings, reduce expenses and find different ways to increase revenue.

It is theorized that the higher the percentage you save of your salary, the faster you will be able to retire.

This is not about getting rich instantly, this is about retiring early, i.e. in less time than it takes to reach a pension.

It is not about having a ton of money either, but that your assets produce more or less cover the expenses you now have.

To throw a number, I would say that it takes an average of 20 years; this is much less than a pension. But this varies depending on your situation.

Beyond that, it is a great complement to what your pension will be and is better than having your money standing still.

You can read more in the subreddit /r/financialindependance faq.

Make sure you have no debt and have a cushion of money, at least to be able to live for 6 months, before starting.

I am going to focus on where to invest.

In general, people do not know what can be done with the savings, in addition to having them in the bank account.

So... where to invest? The answer is simple:

In the stock market. Yes, shares.

The stock market has the highest return margin (~7.5% legend has it), better than real estate, and others [0]. We control the risk investing in a controlled way, and aiming long term which is what is explained in this post. Canadian Ben Felix explains, for example, the cost associated with buying a home in this video. And in the book Simple path to wealth expands a lot on the subject of index funds, highly recommended. 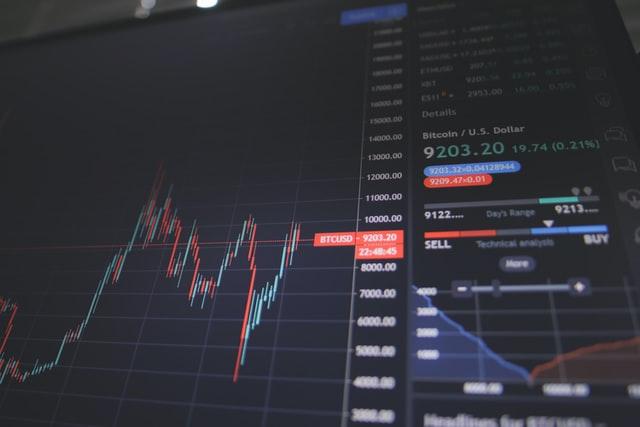 But we are not going to invest in the way that one thinks of stocks, having to look at the cell phone screen every day, not that please! We'll see later.

How much do I need to retire

The calculation is 25 times your annual expenses [1]

That 4% appears in many places mentioned.

You can read "The Shockingly Simple Math Behind Early Retirement" for more info.

Where do I invest?

Basically we will invest in ETFs or index funds, which are more or less the same, long term does not matter much the difference.

The index funds are a set of shares of multiple companies.

Back in the '70s, a certain John C. Bogle said that you had to build an index that mimics the performance of the market in general in the long term. If the market in a long period of time generates 10% interest, that is what we will aim for. He said that the market is always growing. He then founded The Vanguard Group, in which the owners are the clients themselves, that is, if you have shares of the index you are partly the owner.

Bogle was against speculation, which is short-sighted and focused on the price of the shares. On the other hand, in the long term we obtain a profit based on to the business itself, and the people who run it by betting it will grow.

How did you imitate the market? Select a set of many companies.

Blog then launched its first index fund tied to the S&P500, which are the top performing 500 American companies

The rest is history, and the index became wildly popular.

Today there are many types of funds. I like ESG which are sustainable funds. It is interesting to point out that, the same money, that is going to feed us, can have an impact (positive or negative) on the world.

Being in the Netherlands is very easy, it can be through the bank's app, or using Trading 212 (T212). DeGiro is also another popular alternative.

In T212 they will ask a proof of address, which can be the water bill for example. In theory, they open an account that is yours, and they cannot touch it, this is protected by the European Union laws. I still have a hard time trusting those apps (as an argentinian trust is hard).

If you are going to open an account in T212, use my referral link which give us a share of up to €100 each.

Depending on the platform you choose, you will have a range of different offers, and their costs vary. But the cost issue is negligible, so it doesn't matter much.

Next, I leave a list that you can use as reference, depending on your platform:

The platform you choose, you search for it in Google, and it will take you where to click to set up or create an account.

You may have noticed that for banks it is the same fund the Northern Trust (NT), this is so, because they are registered in the Netherlands, and I don't know what mambo they have that we end up paying less taxes. (Updated 2021-03-22).

They are also ESG, which stands for "Environmental, social and corporate governance" and that's great.

T212 does not have the NT funds available, but the Vanguard ones are the most recommended in most of the world and they are good. I don't know if they have ESG.

Every month separate a part of your salary, and you buy again in the same funds with the same strategy.

To see costs, how much we will get back, and more information, a Dutch made the fantastic website indexfondsenvergelijken.nl.

You will have to pay taxes on all your assets in the Netherlands, forget about that and better not fight against it.

Your assets are going to have to be reported. Whether you are using the bank or a platform, Every year, in December, they will send you a report with the value of your investments up to that moment. That value is what you will have to enter in the affidavit for that year, in the wealth tax (box 3) part. Maybe they give you some benefit for buying the NT for example, but I still don't know how it works, At the moment, I only know that there is some kind of benefit.

The first €30k if you are single or €60k for couples are tax free. These values may be updated over the years, so keep an eye on the new policies. Tea they will collect taxes only on the amount that exceeds that limit.

Get money from investments

Investment funds, bonds, stock, and others, usually produce dividends, which is the distribution of profits to the shareholders.

As you are going to be one, that money will come to you. In general, they deposit it in the platform you use.

The idea is that once you reach your goal, you live off the dividends, but sometimes you will also have to sell a small part.

Let's say you have to take out 4% of your portfolio per year. If the dividends give you 2.5%, you're going to have to sell 1.5%. But losing that amount shouldn't matter, because you would expect the market to grow again and cover you.

In the Netherlands, investment funds are required to pay you dividends at least once a year, during the first 8 months of the year.

Northern Trust fund, for example, usually pays them in February.

You don't live in the Netherlands

If you are in the USA, read the book Simple path to Wealth that will guide you.

If you are in another European country you can ask for advice at r/EuropeFIRE.

But the principle is the same.

The Northern Trust indexfunds are domiciled in the Netherlands and thus avoid dividend leakage which increases their returns about 0.25% per year as compared with a similar indexfund or ETF domiciled in Ireland or Luxembourg (as most in Europe are). Dividend leakage means you'd pay capital gains taxes twice on the same gains. A 0.25% difference isn't the end of the world if you take into account you do pay service fees at ABN AMRO and Rabobank while for a similar ETF at DeGiro you wouldn't pay a service fee.

Photo by Nick Chong on Unsplash